Will you watch Formula One again?

First off,  hello again,  thank you for coming back!

Truth is, a loved one has been facing a difficult medical situation this past year and commenting on things that go vroom had become quite difficult for me,  I burned out a bit.

But I was wrong, writing about things frivolous and wonderful I love so much will be the perfect distraction and ultimately, I hope, good for the soul.

Enough about me,   what about you,  will you give "the pinnacle of Motorsport" another chance?

2017 will arguably be the most important season for the sport since, well... almost ever. 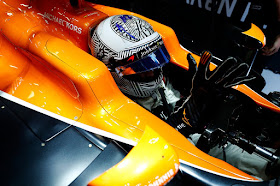 New cars, new boss, new regulations, possibly a new balance of power bode well for excitement.  At the very least are an excuse to give F1 another chance after a dreadfully dull last couple of years.

Bernie's gone and already there is a breath of fresh air. 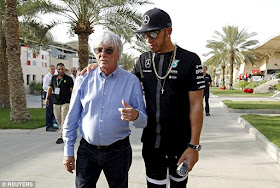 Ecclestone proved himself world champion of cat herding over the years, he made a lot of money for himself and others.  He made F1 into a global phenomenon but, perhaps inevitably, ended up morphing it to a pyramid scheme  the sport will struggle fully divorce itself from.

There is not much point discussing his intentions, Ecclestone has been telling anyone who would listen he had to do things he did not want to do and he's now "envious of the new owners" who will be able to do all the fun things he could not, because of his obligations to investors and teams.

To me, his biggest failure has been the pricing out of fans from live races.  You cannot have a new fan base unless parents can  their kids to races and experience these amazing machines, like my father did with me.    TV won't do it, Instagram and snapchat are not a valid substitute for seeing a Formula 1 at the Variante Ascari or anywhere at Silverstone or Suzuka or Spa.

But you know all that, and hopefully the new owners understand it too.

Ecclestone said they were running a five star Michelin restaurant but Liberty wants a burger joint? 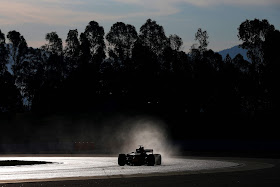 On the face of it, nobody can see how wider faster cars with shorter braking distances can produce more action after lap one.   I would say, let's wait.   The saving grace is that by all accounts these cars will be more difficult to drive and that will produce more errors.  Fatigue might be a factor.

Then there is the unknown of who got the new formula right from the start.     Pre season testing was tantalizing but it means little until cars run in anger this week end.

What's interesting is that there are for the first time in years three distinct design philosophies at play. 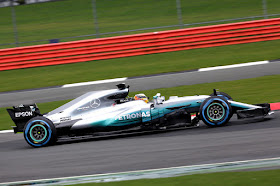 Mercedes went with a long wheelbase car that is on the most in logical for the new regulations.   The W08 runs with no rake to take full advantage of the longer rear diffuser area.   The advantage will be stability and the ability to run less drag.  It will love, Monza, Spa, Canada. 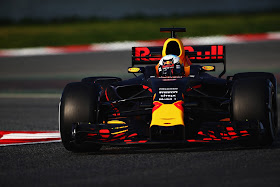 Red Bull "invented" the big rake stance as a way to overcome limitations of the smaller diffuser/under tray.   It had a trick suspension that allowed the car to squat in the high speed sections cutting drag.  This year it's a "short" car with big rake once again but there are questions about the legality of their suspension systems.  Their not so spectacular showing in testing hint they may have had to revise it and might be suffering because of it.

Or maybe they were sandbagging more than anyone else, Friday will tell. 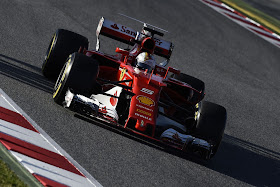 Ferrari produced a car that is in between the Mercedes and the Red Bull, short wheelbase but with not as much rake as the Red Bull in testing.   For a car that was supposed to be a total disaster because of the absence of a "star" designer,  it showed well in the pre season, getting everyone excited.   Some are saying it's James Allison's car, some will point to Rory Byrne's role,  but I like to think that younger engineers at Maranello came up with some good ideas.  Refreshing.

Whatever the results will be in Melbourne,  the key to 2017 will be technical development.     For the past few years Ferrari has fallen behind  after good starts while Mercedes steamrolled everyone, always a step or two ahead.

As for the rest of the field,   good luck.   Ferrari, Mercedes and Red Bull all have the huge advantage of having tested the new 2017 tires early.   Williams, Force India, Toro Rosso can only hope to be spoilers, Sauber, Haas,  Renault  and McLaren will probably be moving chicanes.

Finally:   Will Lance Stroll be the new Pastor Maldonado?  Will Stoffel Vandoorne make Fernando look worse than the Honda has?   Will Valterri Bottas make it hard for Hamilton?

Yeah, I'll tune in this week end, will you? 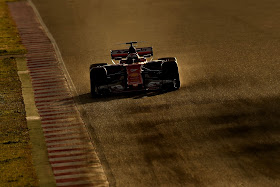