Frictions with Alonso one of the reasons for Domenicali's early departure. 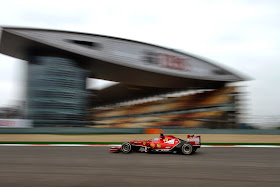 It's useful to look at different sources when the UK centric ones seem to be stuck on surprise, football coach metaphors and national stereotyping when trying to describe what happened last week at Ferrari.

Autosprint is Italy's oldest motorsport publication and historically very close to Ferrari.  Usually they get it right.

Domenicali was going to retire at the end of 2014. 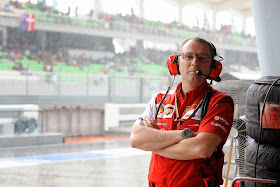 According to Autosprint editor in chief Alberto Sabbatini,  Stefano Domenicali was planning on retiring at the end of 2014, regardless of how the season would turn out.    The pressure apparently too much along with the frustration of not having been able to get the team he had assembled to go in the direction he had wanted.

It was Domenicali who had pushed for hiring Alonso in '09 despite Alonso having been "banned" from the Scuderia by Jean Todt who never forgave the Spaniard for choosing a Flavio in the hand rather than two ponies in the bush at the start of his F1 career. 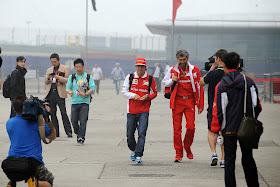 So Domenicali and Alonso were close until some point last season when things boiled over and the relationship was never quite patched.   Interestingly it was the same Domenicali who then pushed for Raikkonen in order to keep Ferrari from becoming too "Alonso-centric". 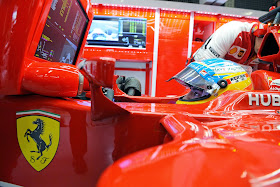 Domenicali saw the writing on the wall at the first Bahrain tests,  The F14T showed high top speeds but only when it had no downforce.  Adding load showed how the new Ferrari power unit was lacking not just power but the ability to properly manage its energy recovery.  It could not recharge its stores as efficiently as the Mercedes.   Add to this issues of drivability which further stressed the tires and you had a recipe for disaster.

The first races confirmed what Ferrari feared and when Luca di Montezemolo was publicly humiliated in Bahrain, storming out halfway through the race, something had to give. 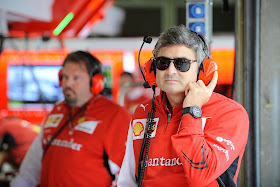 Here is where it gets interesting.   Domenicali could have served up some technician's head,  it had been done before with Aldo Costa (now happy at Mercedes) and Chris Dyer.  But this would have caused more chaos at a time when techs need double down on their work to solve issues plaguing the F14T.  In any case there are no available proven engine and chassis designers free on the market currently.
So Domenicali decided to sacrifice himself and allow the team to keep working with minimal disruption while satisfying the demands from the higher ups the corporate family.

Another interesting point is the involvement of FIAT in the replacement decision.   Marco Mattiacci has the approval of both John Elkann and Sergio Marchionne as well as Montezemolo.   FIAT is looking to keep a lid on Ferrari's budget so blank check contracts to the likes of a Ross Brawn were nixed early on in discussions.

You have to applaud Ferrari's decision to push for a company man rather than just reach for the checkbook, you have to applaud Domenicali's courage and clarity.   Mattiacci will reap the benefits of  his predecessor's work and be challenged by some of his failings.   The results of the first sessions for the Chinese GP  with new parts installed on the red cars show how quickly fortunes can change in F1.

And Domenicali?  According to friend and commentator, Leo Turrini, Stefano will be in front of the TV on Sunday cheering Ferrari and planning a new future. 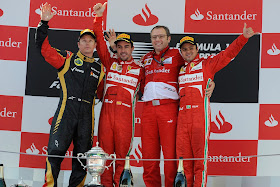